Get fresh music recommendations delivered to your inbox every Friday.

by Build Them To Break / Weekender 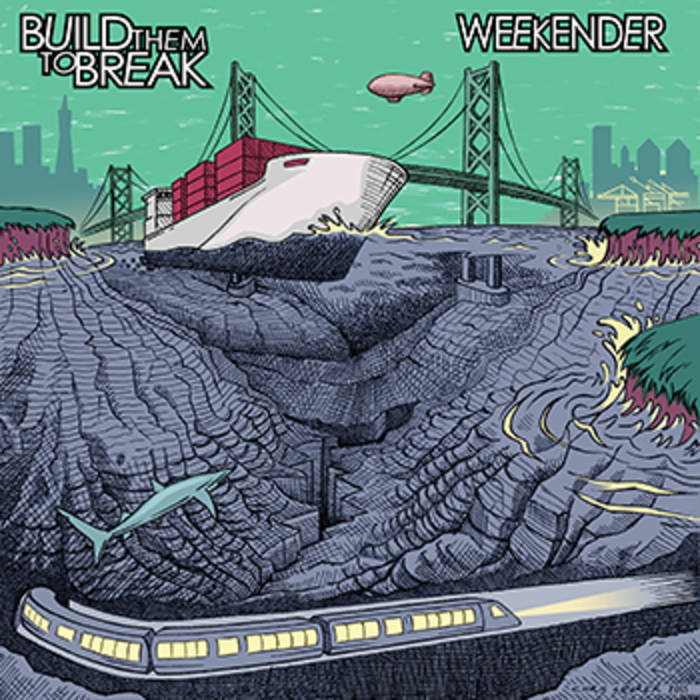 Build Them to Break formed in the summer of 2007 after a move from Michigan to San Francisco. The quartet pools their individual styles and shared love of melodic punk and hardcore to craft a sound largely influenced by bands like The Swellers, Heartsounds, Propaghandi, and Thrice.

Oakland's own Weekender was conceived in 2009 completing their line up the following year. Combining expressions of SoCal 90's punk, metal and hardcore, the trio draws from a wide variety of personal influences including Hot Water Music and The Lawrence Arms.

On March 26, 2012 both bands had the privilege of performing with late punk legend Tony Sly at Brick & Mortar in San Francisco. The idea of doing a 7" split record originated after that show during a shared ride in the haziness of Weekender's touring van. In April 2013, both bands celebrated their first ever 7" split debut during a two night release show which took place in Oakland and San Francisco.

Tracked, Mixed, and Mastered by Jack Shirley
at The Atomic Garden ©2012

Build Them To Break San Francisco